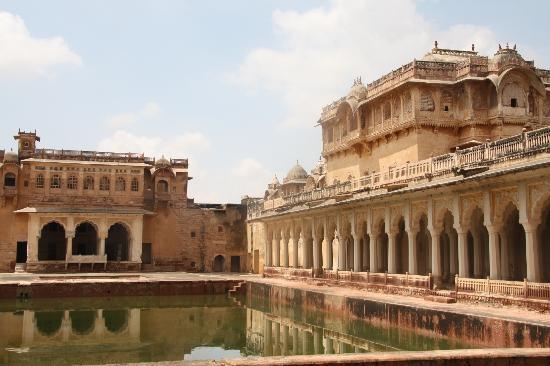 Nagaur Fair is held in the  Nagaur Town in between January and February every year  where one of the largest cattle trading happens for eight days. There are different varieties of cattle on display. Traders come dressed in colorful costumes. Visitors can make joy rides on cattle. There are plenty of shops selling finger-licking eatables like in any fairs of Rajasthan. At the fair on display are exquisitely crafted wooden items, iron crafts & camel leather items which can be purchased. Sporting events are organized such as tug-of-war, camel race, bullock race & cock fighting. The fair also attracts jugglers and puppeteers. This eight days celebration is also one of the largest gatherings of livestock, delicious eateries and various fun and frolic events as well as Mirchi Bazaar.