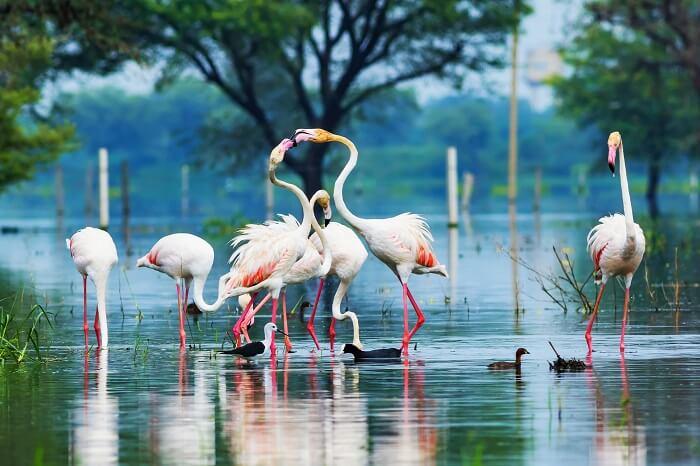 Lohagarh or the ‘Iron Fort’:

Braj Holi is one of the most vivid and unique festivals in Rajasthan. It is held every year in the Shukla Paksha of the Phalgun month, a few days prior to Holi in the month of March which is celebrated for two days. This famous festival is the highlight of the city Bharatpur in Rajasthan. In this one can see revellers dressed colourfully dancing to the mellifluous folk music of Rajasthan. “Raslila Dance”, performed during these jolly moments. People gather to offer prayers to Lord before the ceremony of diving into the holy water at Banganga River ghats. The popular activities are folk performances, fireworks etc.  Also sports like rural sports, kabaddi matches, women’s wrestling, tug of war and cricket.