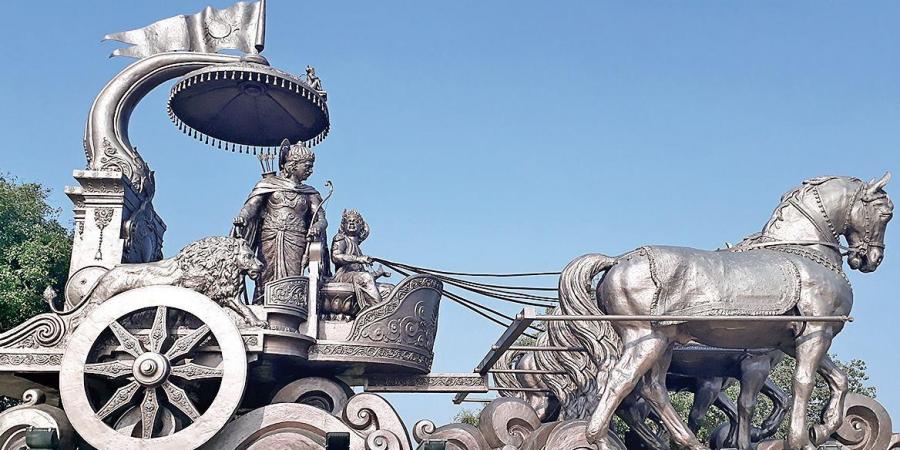 FAIRS AND FESTIVALS OF KURUKSHETRA

To mark the birth of sacred bhagvad Gita, this festival takes place every year at Kurukshetra. It falls on eleventh day of Margaseersa month as per hindu calendar. It means that this festival is celebrated during December to January. Kurukshetra is the land where celestial song 'Bhagwad Gita' is believed to have been delivered by Lord Krishna to Arjuna. The place also holds significance as the famous sage Manu wrote Manusmriti here. The Rig Veda and the Sama Veda were also composed here. Apart from Lord Krishna, the land was visited by divine personalities like Gautama Buddha and eminent Sikh Gurus. This unique festival is full of devotion to lord and dedication to life at a place where the soul of Hinduism has its existence.

This famous fair takes place in Saraswati Tirath of Pehowa during the months of March-April every year. In this occasion, lakhs of people from Haryana, Punjab and the country visit this place for the rituals link Pind Dan (food offering to the ancestors of family) and Jal Tarpan (offering of water to these deceased souls of their ancestors).  It has been said as per the popular beliefs that at this place, Pandavas performed these rituals for peace to the souls of their kin who lost their lives in the 18 days long fierce battle of Mahabharata. Thus, people from different parts of country come to Chaitra Chaudas Mela after completing  the last rites of any deceased member of their family and pray for their resting in peace forever. It has been said if Chaitra Amavasya falls on Monday any year, its importance increases manifold.

Somvati Amavasya is celebrated by Hindus in Kurukshetra when  the new moon’s day falls on Monday (Somvar). It is believed that by taking holy dip in sacred ponds, tanks, rivers on this day can relieve a person of all diseases, sorrows, and sins. It brings properity  to their life and give peace to the souls of their ancestors. This belief increases the significance of all the tanks located on the banks of sacred Saraswati River and its tributaries in Kurukshetra. Thousands of devotees visit Sannihit Sarovar  and Brahma Sarovar of Kurukshetra to take a holy bath in these sacred tanks and perform necessary rituals. It is also said that by observing one day silence (Maun) on this day, people can assimilate great spiritual benefits.